This Practice Advisory was issued in response to concerns about stair collapses in Christchurch CBD in the 22 February 2011 Aftershock and provides guidance on the assessment of stairs in existing multi-storey buildings.

The Lyttelton earthquake (aftershock) of 22 February 2011 caused a number of stair failures in buildings in the Christchurch CBD. Although it is recognised that this earthquake made extraordinary demands on existing designs, the failure of stairs is of serious concern. MBIE considers it imperative that the circumstances of these failures are fully understood and the implications for similar buildings around New Zealand examined and acted upon.

The report commissioned by MBIE on the collapse stairs in the Forsyth Barr Building [1] illustrates an example of the issues and concerns. A report prepared for the Royal Commission [2] provides further comment on the issues and some considerations that may assist structural engineers to decide on retrofit actions. Design considerations for stairs are offered in the SESOC draft Practice Note [3].

Practice Advisories are a response to concerns raised about the need to improve certain areas of structural design and construction and to alert the industry of the need to maintain high standards, and to identify particular issues of concern. We seek the support and cooperation of key people within the industry to circulate these Practice Advisories to their design engineers, draughtspeople, site construction staff, supervisory and management staff, building inspectors and others who should be alerted to these areas of concern.

MBIE will issue further Practice Advisories from time to time in response to emerging concerns on any aspect affecting the compliance of buildings with the Building Code.

Purpose and scope of advisory

This Practice Advisory is to:

It applies to all existing multi-storey buildings throughout New Zealand:

1. Stairs designed to slide: Check if sliding is the designed intention or not

2. Overall allowance for movement – needs to be checked

3. Stair movement that closes the gap between the end of the stair and the support: Check support detail 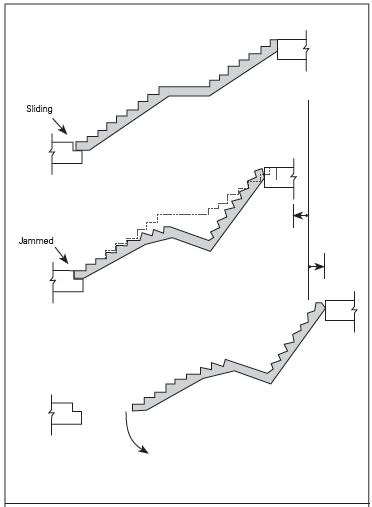 Figure 1: Inter-storey drift along the stair compresses the stair shortening it.

When earthquake reverses, the stair can now fall off the supporting ledge. [2].

4. Progressive collapse – one stair falling on to the stairs below and collapsing them all: Mitigate:

5. Wall finishes, fixtures and fittings within the stairwells: Make these safe

Actions to be taken

MBIE advises the following actions from the various parties: